The scientific programme of the next XLIC General Meeting has already been setled and can be downloaded here: XLIC_GM_2017-ScientificProgram (last minute changes should be checked in the meeting website http://www.jh-inst.cas.cz/xlic2017/programme).

If not selected as speaker, young researchers participating in the XLIC General Meeting will have an opportunity to present their results as a poster.

This last general meeting of the XLIC Action will be a great opportunity to share with your colleagues the results derived from networking activities within the Action and try to ensure the maintenance of collaborations now that XLIC Action is about to finish.

The Meeting will also include the 3rd Young Scientist Forum (YSF) – a special half-day with talks given by young researchers (PhD students and post-docs). Part of the speakers on the YSF will be selected among those young researchers sending an abstract.

The second WG1 meeting of COST CM1204 Action was organized by Prof. Olga Smirnova and Dr. Adam Kirrander. It was aimed at presenting advances of all the nodes participating in the WG1 of the action, as well as to discuss problems and promote collaborations between all partners.

The number of participants was 78.
The final program of the meeting can be found below. 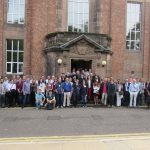 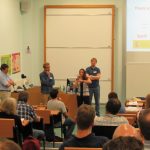 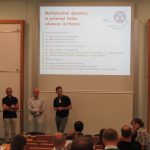 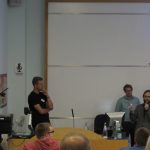 It was a special half-day with talks given by  young researchers (PhD students and post-docs). The committee of young researchers selected, on the basis of submitted abstracts, the following young speakers to give a talk at the YSF.

Young researchers participating at XLIC General Meeting also had the opportunity to present their results as a poster. Two poster sessions were organised in order to exchange views and stimulate discussions on research topics, and to support interdisciplinary communication between the researchers.

The 3rd General Meeting of COST Action CM1204 was organized by K. Tőkési at Centrum Hotel, Debrecen as chair and A. Csehi at University of Debrecen as co-chair.

The site of the Workshop, Debrecen – town since the 14th century – located in the North-Eastern part of Hungary, in the middle of the Hungarian Great Plain at a distance of 220 km (130 miles) from Budapest, is the second largest Hungarian city (with ca. 210,000 inhabitants).

The workshop was an annual meeting of CM1204 action, which deals with physical and chemical phenomena induced by electromagnetic fields and charged particles.

The objectives of workshop were to assess the state of the art in the current understanding of a variety of basic phenomena in the electron and atom dynamics such as charge-exchange processes collective as well as single-particle excitation and ionization, energy loss, and photon emission processes, collision induced physical, chemical and biological reactions radiation damage and materials modification.

The meeting included the following activities: 24 invited talks, 12 oral presentations by early stage scientists and 2 poster sessions. During the poster section 43 posters were presented. The XLIC MC meeting took place on November 2nd. The number of participants was 89.

The final program of the meeting can be found below with the photo of the participants.

The conference was very successful and useful for all participants. The oral lectures satisfied the high standard. During the free times between the sections we had fruitful discussions about the future plans. We have very positive feedbacks from the conference. 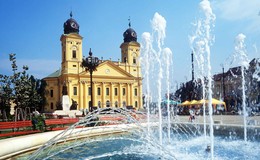 The 3rd General Meeting of the COST Action CM1204 “XUV/X-ray light and fast ions for ultrafast chemistry (XLIC)” will be held from 2 to 4 November, 2015 in Debrecen, Hungary. At the end of the first day (around 17 h. ) we will have the 4th XLIC Management Committee meeting, where the main advances of the Action and future directions will be examined.

The conference will consist of 24 lectures given by invited speakers, 12 oral presentations by young  scientists as well as 2 poster sessions. More information can be obtained in the meeting website: http://xlic.unideb.hu/

Registration: There is no registration fee to attend the meeting but participants must register  filling the corresponding form before September 20th, 2015.

Accomodation: Due to the intended all-under-one-roof format of the meeting, all participants are strongly advised to stay in the Centrum Hotel, where the conference will take place. The package per person offered by the organizers is 265 EUR in single room and 188 EUR in double room.

Abstracts: The deadline for submitting the abstracts is September 15. Abstracts may be submitted in either Latex or MS Word compatible formats. The corresponding templates and other information can be checked here.

Young Scientists Forum: Young scientists willing to participate in the 2nd XLIC YSF should submit their abstract together with a short CV before September 15th, 2015.
See details here: https://xlic.qui.uam.es/?p=2154

Reimbursement: Invited speakers and MC members will be reimbursed for their travel and subsistenceexpenses in accordance to COST rules. Before incurring on any expense, please check COST Vademecum pages 19-23.
In particular, check the supporting documents you should keep in case you are travelling from/to the country where you are residing and keep all the local transport tickets.
Participants are kindly asked to keep their expenses as low as possible and ask only for the amounts they have spent, even if flat rates allow for a higher contribution, so the Action budget can be used to support more activities/participants. Thank you in advance!

The 1st XLIC Young Scientist Forum has been held during the 2nd  XLIC General Meeting in Gdansk University of Technology (Gdansk, Poland).

It was a special half-day with talks given by  young researchers (PhD students and post-docs). The committee of young researchers selected, on the basis of submitted abstracts, the following young speakers to give a talk at the YSF. The list is given in  alphabetical order:

Young researchers participating at XLIC General Meeting also had the opportunity to present their results as a poster. Two poster sessions were foreseen in order to exchange views and stimulate discussions on research topics, and to support interdisciplinary communication between the researchers.

The 2nd General Meeting of the COST Action CM1204 “XUV/X-ray light and fast ions for ultrafast chemistry (XLIC)” was held from 10th to 12th of September, 2014 in Poland. Gdansk University of Technology hosted 91 guests from 22 countries. It is important to note that almost half of participants where PhD Students or Early Stage Researchers.

This three-day meeting was divided into nine speaking sessions, two of them taken by young researchers. This two sessions composed the 1st Young Scientists Forum of COST Action, where young scientists presented 12 talks selected from a set of send proposals. Other 24 lectures were given by invited speakers. From scientific point of view our meeting was very fruitful and many talks were provided by experimentalists. Some new collaborations have been set. At the end of the first day, there was the XLIC Management Committee meeting and there were two  poster sessions with 84 poster contributions.

Final meeting program, participants list and book of abstracts can be downloaded following the links below. 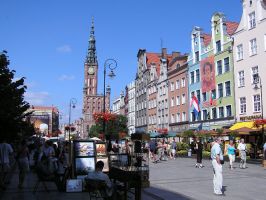 An updated version of the 2nd XLIC General Meeting programme (including poster contributions) has been published. Check it here

Looking forward to see you in Gdansk!!

The first WG1 meeting of COST CM1204 Action was organized by Dr. Olga Smirnova  at University College London. It was aimed at discussing forefront problems and promoting collaborations between the partners.

The meeting was organized in the style similar to Faraday discussions. Five discussion leaders together with the Core groups of participants  formulated discussion materials that were available on-line since early April:

In addition there were two “Work in groups” sessions:

Other participants of WG1 read these discussion materials and responded, by sending the abstracts of their contributions. All abstracts were accepted. The program was created on the basis of those materials.

The number of participants was 85, with 13 Action countries represented.
The final program of the meeting can be found below.