Archive for the ‘Open Positions’ Category

The successful applicant shall develop a research project on “Theoretical Modelling of Laser-Induced Ultrafast Phenomena”, oriented to obtain a PhD diploma, focused on the development of novel computational tools for the solution of the time-dependent Schrödinger equation for molecules under the action of ultra-short pulses from new light sources.

More information can be found at www.xchem.uam.es

Prospect candidates must have:
1. A Bachelor degree in physics or chemistry (3 years) and a post graduate specialization degree (e.g. MSc) in physics or theoretical chemistry;
2. Good knowledge of at least one programming language (Fortran 90, C, C++, Python, etc.);
3. Excellent knowledge of quantum mechanics, basic electrodynamics, basic atomic and molecular physics;
4. Fluent English;
5. Enthusiasm for learning and commitment to teamwork.
We will value positively any additional skills in the areas of mathematics, physics and chemistry which are relevant to the offered position. For example: acquaintance with quantum chemistry packages to model excited states; participation to software projects; competences in photoelectron spectroscopies; etc.

Deadline for applications is on June 27th, 2014

The project concerns attosecond and strong field phenomena related to the interaction of atoms/molecules with intense ultrafast laser pulses. The position is available initially for 1-1.5 year and it can be extended depending on performance and availability of funds. The position is funded by EPSRC and the salary ranges from 32000-37000 pounds. The candidate should have a very strong computational and AMO Physics background. Excellent knowledge of C++ is required.

Mestrelab Research SL is a software house specialized in the development of software tools for the chemistry community and based in Santiago de Compostela, northern Spain. The company develops Mnova, a software suite for the processing and analysis of NMR and LC/GC/MS data with a global footprint in thousands of academic institutions and companies with research organizations.
We are currently seeking a scientist to join our software development team at our location in Santiago de Compostela. The successful candidate will join our highly motivated, multinational and multidisciplinary team of chemists, physicists, mathematicians and computer engineers focused on the continuous development of our software products.

The successful candidate will be able to demonstrate:

– A BSc degree, MSc or PhD in Chemistry, Physics, Physical Chemistry, Computational Chemistry, or Analytical Chemistry.
– Significant demonstrable experience in software programming, preferably with C/C++. Knowledge of other programing languages (JavaScript, Python, Fortran, etc.) will be an additional advantage but is not a requirement.
– High level of written and spoken English
– Experience in the following research or software development areas will be an advantage:
o Molecular modelling of small molecules including experience with DFT / GIAO calculations.
o Work with cheminformatics tools (CDK, OpenBabel, Daylight, ChemAxon, RDKit,etc.)
o Experience in NMR and signal processing.
o Knowledge of Machine Learning and Artificial Intelligence methods will be a plus.
o Chemometrics and statistical analysis

This offer is for immediate incorporation and we will be holding interviews by end of April. Remuneration will be commensurate to the level of the position and the experience and capabilities of the successful candidate.
Those interested in this vacancy should apply with a CV to info@mestrelab.com. 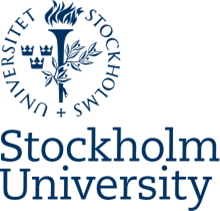 A PhD position is available in experimental atomic and molecular physics, where you will be able to study how atoms, molecules and clusters interact with each other and with light. The research in our group is centered around the novel in-house facility, DESIREE (Double ElectroStatic Ion-Ring ExpEriment). In parallel to our experimental work, we develop theoretical models by which the interactions are described analytically or by advanced numerical methods.

Postdoc position in theoretical femtochemistry at the Technical University of Denmark

Postdoc position in theoretical femtochemistry at the Technical University of Denmark

You are invited to compete for a postdoctoral position in the group of Klaus B. Møller and Niels Engholm Henriksen at the Department of Chemistry, Technical University of Denmark.

Project: The activities in our group are centered around the theoretical description of chemical reactions and other dynamical processes in molecular systems at the femtosecond timescale. You will work on the theory and simulation of time-resolved X-ray scattering, i.e., how snapshots of atomic positions are obtained using ultrashort (femtosecond) pulses of laser light and X-rays.

Qualifications: Qualified candidates hold (or are in the final stages of obtaining) a PhD in theoretical chemistry or physics. Good programming skills and experience with (quantum) molecular dynamics is a must. Successful candidates are highly motivated and have excellent communication skills.

Conditions: The appointment is for 12 to 24 month with a monthly salary of approximately 3000 Euro (after tax).

The rapid advances in strong field ionization, either via high power infrared lasers, or at high photon energies with free electron lasers (FELS) and high harmonic generation (HHG), coupled with the availability of ultrashort pulses for pump-probe experiments, makes a strong challenge to theoretical developments to match the experimental results. Such need has lead to the establishment of the European CORINF ITN network, which gathers several top theoreticians in the field. The focus of the research unit in Trieste will be on the first principle description of the basic processes in complex molecules, by time dependent propagation of the initial wavepacket in a suitable basis set. This will entail a large computational development exploiting massive parallel architectures. Initial work within an independent particle approach based on a density functional Hamiltonian has already produced interesting results [1 – 3]. The research program will be centered on the extension of the available methods, building on the extensive experience of the research group in molecular photoionization, and the large scale computer programs developed [4 – 7]. The specific project will concern  the large scale implementation of the static DFT multielectron time propagation algorithms developed in collaboration with the group of Dr. A. Saenz, Humboldt University, Berlin and the further development of wavepacket analysis tools for the calculation of the fully differential electron spectra. The code developed will be applied to the simulation of HHG and photoelectron spectra generated by strong filed ionization in large molecules. Close connection with experimental groups will be maintained for the analysis of current experimental results.

The candidate should have a broad knowledge of Atomic and Molecular Quantum Mechanics and be proficient in Fortran programming.

A one-year postdoctoral position is available in the field of attosecond science at the Institute for Photonics and Nanotechnologies (CNR-IFN) ), Physics Department – Politecnico di Milano,  in Milan, Italy.

The main topic of the project is the investigation of ultrafast electron dynamics in molecules, with particular emphasis on biomolecules, using attosecond pulses. Attosecond measurements are performed using various experimental techniques, as streaking spectroscopy and velocity map imaging spectroscopy, based on the combined use of isolated attosecond pulses and sub-4-fs visible/near-infrared pulses. The project spans a wide range of expertise, from ultrafast laser technology and attosecond science to atomic and molecular physics, from chemistry to biology.

We are seeking to appoint a Post doc to work in the attosecond laboratory, which is equipped with an advanced femtosecond laser system and an innovative attosecond beamline, routinely generating sub-200-as isolated attosecond pulses with nanojoule energy. The candidates must have a PhD (or about to have a PhD) in Physics or Chemistry on subjects with strong relationship with the project.  Experience on ultrafast technology and attosecond science experimental techniques is essential. A good track record of scientific and technical achievements is important.

Preferred method of application is by email, as indicated below.

Applications must include a Curriculum Vitae and a list of publications.

The Université catholique de Louvain invites applications for a full-time tenure track position in the field of Photophysics: Light-Matter Interaction. The successful candidate will carry out experimental investigations of the dynamics of electron clouds in quantum systems of increasing complexity, with potential applications in physics, chemistry and biology.

Qualified candidates are invited to submit their applications before 17 December 2013.

A one-year postdoctoral position is available in the field of atomic and molecular physics in the group AMA (Atoms, Molecules and Clusters) of the Centre de Recherche sur les Ions, les Matériaux et la Photonique (CIMAP), in Caen (France). The position is funded by the “Plan Physique Cancer” (INCa/INSERM) in the framework of a collaboration between the CIAMP and the Institut de Physique Nucléaire de Lyon (IPNL).

Research project: Nowadays, ion beam cancer therapy is a powerful emergent technique used in cancer treatment, especially for deep-seated tumors. The advantages of ion beams with respect to conventional radiotherapy techniques based on photons and electrons are well known. They are due to the characteristic Bragg peak, the small lateral spreading and the increased relative radiobiological efficiency. However, a number of important scientific questions, especially related to DNA damage assessment at the molecular level, have not been resolved.  We propose to study the fundamental processes occurring at the molecular level during the interaction of ions with small biological systems in the gas phase. We will measure the destruction rates of biomolecules governed by energy and charge transfer. Mass spectrometric analysis will be applied to obtain detailed insights into the fragmentation pathways of ion-induced radiation damage and the secondary electron production. The studies will be performed with isolated as well as nano-hydrated biomolecules to clarify the role of water molecules in the radiation damage process (direct and indirect effects). In addition, noble metal nanoparticles will be included in the target in order to elucidate their enhancing effect on the radio-biological efficiency of ion irradiation. To improve our understanding of the first steps of radiation damage induced by ionizing radiation, the experimental work will be supported by simulations of radical production by water radiolysis with and without nanoparticle included.

The candidate will further develop the experimental set-up and implement first experiments on ion collisions with biological complex systems in the gas phase.  The candidate should have a PhD in Physics or Physical-Chemistry. Preference will be given to candidates with experience in instrument development, gas phase techniques and mass spectrometry. The successful candidate is expected to start in January 2014. The monthly gross salary is 2900 euros. Applicants should send a letter of motivation, CV, publication list and two letters of recommendation from academic referees to:

A postdoctoral position is available in the area of ab initio molecular dynamics in the group of Prof. Leticia González at the Institute of Theoretical Chemistry, Faculty of Chemistry of the University of Vienna. The position is funded by the FWF for up to two years.

Research topic: The aim of the project will be to develop a method to calculate time-dependent ionization yields in a surface-hopping method, so that the results of on-the-fly non-adiabatic ab initio molecular dynamics can be directly compared with time-resolved photoelectron experiments. Simulations will be performed on DNA/RNA nucleobases and analogues prompted to display high triplet yields. The calculations will be done using a recently developed molecular dynamics code that allows treating non-adiabatic and spin-orbit couplings simultaneously. More about our research can be found in www.theochem.univie.ac.at

Qualifications: Qualified candidates hold (or are in the process of obtaining) a PhD in Chemistry or Physics, have strong programming skills and experience with ab initio molecular dynamics techniques. Knowledge of multiconfigurational quantum chemistry is desirable. Successful candidates are highly motivated, have excellent communications skills and are able to work independently as well as a part of a team. Excellent English command, written and spoken.